Welcome to the Nuclear Sciences Institute (ICN) at the National Autonomus University of Mexico UNAM. Our institute carries out interdisciplinary research in several areas including high energy physics, general relativity, gravitation, cosmology, astrobiology, radio chemistry, quantum optics and matter structure, among others. Its members have an active participation in important international experiments such as ALICE in the LHC at CERN, the Pierre Auger Observatory, the High Altitude Water Cherenkov Observatory (HAWC) and the JEM-EUSO Mission. Currently, ICN has 63 full time professors and 22 technicians. 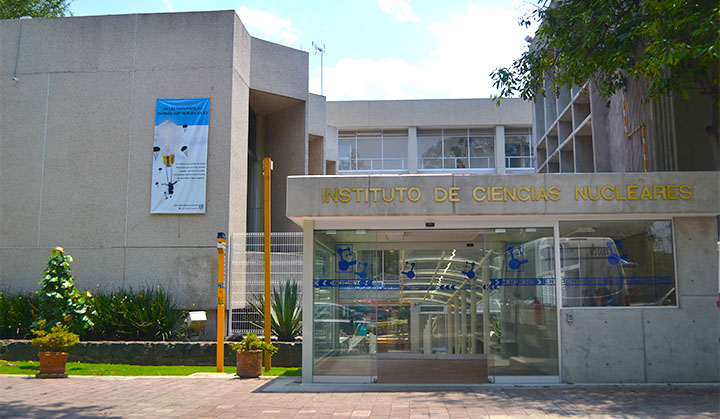 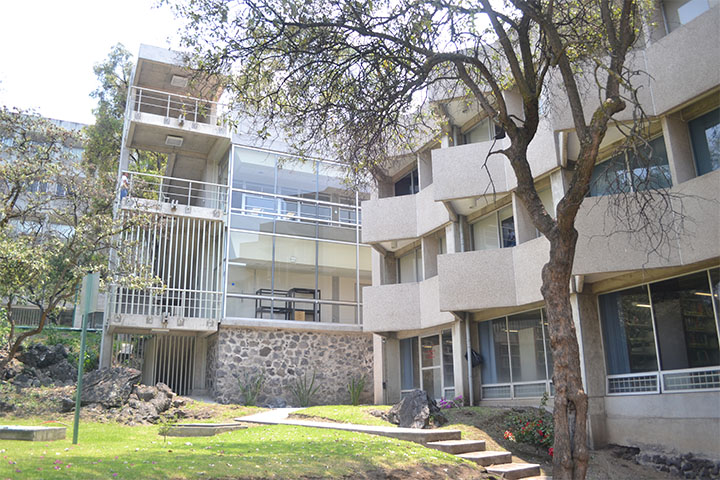 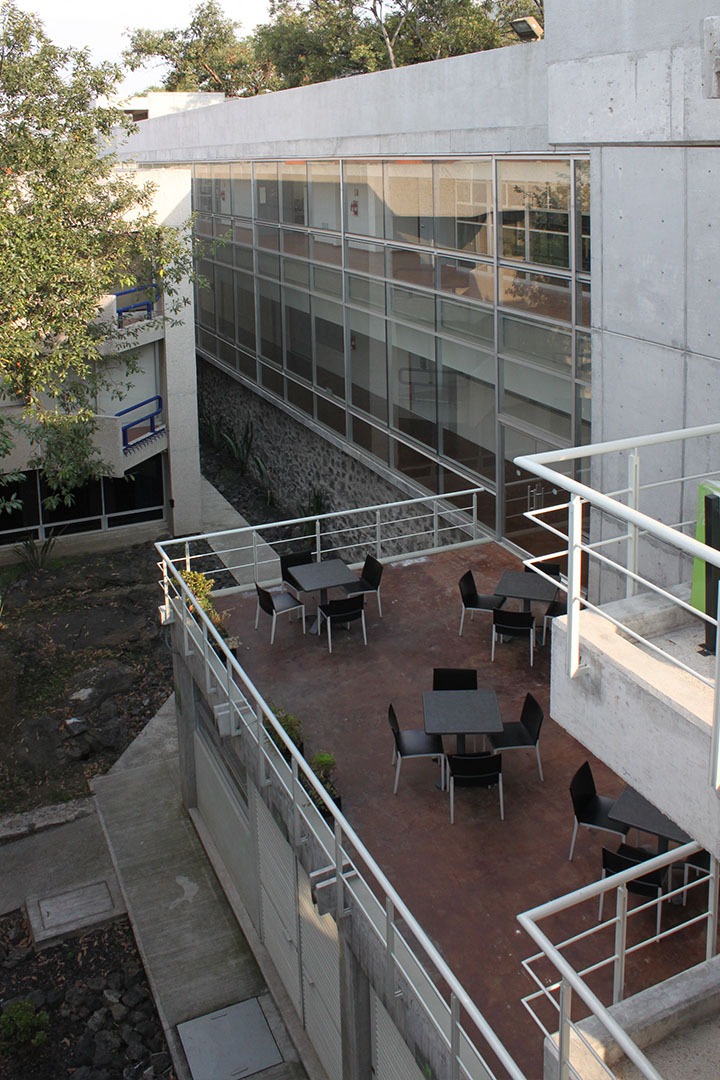 Our mission is to contribute to the development of the nuclear sciences in order to achieve a better understanding of the Universe, as well as to boost the technological and cultural growth of Mexico. Our Institute is interested in theoretical, experimental and applied research with the aim of better understanding the fundamental components of matter and their interactions. These studies include a wide variety of objects and processes, from the smallest, such as elementary particles, atomic nuclei, and molecules, to the biggest, such as planets, stars and galaxies.

Our faculty lectures in Chemistry, Physics, Maths, Biology and Engineering undergraduate programs, and our institute participates in the posgraduate programs of Astronomy, Physics, Chemistry and Earth Sciences. Currently, ICN has more than 150 students, some of them working in their social service (work placement) or in their undergraduate or graduate dissertations, under the mentorship of the ICN’s faculty.

Our institute was one of the first at UNAM to create a Science Communication Unit. This office has the purpose to produce and intervene in public dialogues between our scientific community and other social groups.

ICN carries out interdisciplinary research. Its main areas of interest are physics and chemistry, in particular gravitation and field theories, mathematical physics, high energy physics, plasma physics, quantum mechanics, nuclear physics, atomic and molecular physics, radiation chemistry and radiation physics, the origins of life, astrophysics and astrobiology. The activity of the institute is organized in five academic departments. We detail the investigation that is carried out in the next paragraphs.

The Department of Matter Structure produces research in quantum systems composed by numerous particles, such as exotic nuclei, atoms and molecules. Among other topics, research in quantum mechanics, quantum information and applied nano-optics is carried out.

High Energy Physics is a Department that conducts research about elementary particles and their interactions, both in the development of theoretical models and in experimental projects. The faculty of this department has a particular interest in the study of high energy cosmic rays, from the theoretical and phenomenological point of view, and in the behavior of nuclear matter in high densities and temperatures. These research areas allow ICN, and therefore UNAM, to have an important participation in international projects such as Pierre Auger, ALICE, HAWC, JEM-EUSO and DAMIC.

The Department of Plasma Physics and Interaction of Radiation with Matter carries out research in plasma physics, atomic traps, astrophysical plasmas, geophysical plasmas chemistry, planetary atmospheres and astrobiology. This Department is part of NASA’s Mars Science Laboratory (Curiosity) researchers team, which is looking for remains of organic matter in Mars.

The Department of Gravitation and Fields Theory produces research in subjects such as cosmological models in general relativity, classical and quantum aspects of black holes and extended objects, mathematical physics, statistical physics, complex systems, molecular physics in magnetic fields and the geometry of biological membranes.

Finally, the Department of Chemistry of Radiations and Radio Chemistry carries out research about the effects of ionizing radiation in macromolecules and the formation of polymer liquid crystals, of macromolecules, of oscillating reactions, nanofilms, nanomaterials and computational nanoscience. This Department also produces research on prebiotic conditions in the primitive Earth in an experimental way, as well as the optical, thermoluminiscent and chemical properties of materials which are exposed to radiation of charged particles and photons.

ICN also collaborates with different institutions in the implementation of high performance super computing systems, used to store and send data. In 2014, a Memorandum of Understanding was signed between UNAM and CERN to start the operation of a Tier2 Center, as part of the Grid world network that was constructed to analyze the Large Hadron Collider data. ICN computing systems also give service to the HAWC Gamma Ray Observatory, located in the Pico de Orizaba National Park.

Our institute has several projects to link the scientific community with society such as PAUTA (Adopt a scientific talent program) that creates science workshops and activities for children who have a strong talent for science.

ICN also participates in the creation of new initiatives such as the Center for Complexity Sciences (C3), a new institute that carries out interdisciplinary research in subjects such as diabetes, emerging diseases and in general, complex systems.

About the National Autonomous University of Mexico (UNAM)

The National Autonomous University of Mexico (UNAM) was created on the 22nd of September of 1910, as part of the celebrations of the beginning of the new century. Nowadays, our University has become one of the most important in Latin America and one of the 100 best universities in the world. Currently, UNAM has 337,763 students and 38,068 faculty members. It offers 108 undergraduate programs and 40 posgraduate programs. The Cultural Center of the main campus offers a wide range of sports and cultural activities such as concerts, theatre plays and cinema festivals. It also has one of the best contemporary art museums of the country and a science museum with exhibitions and activities for the general public.

For more information about UNAM you can visit its official web page: www.unam.mx

ICN is located within the National Autonomous University of Mexico main campus. See our map here.

Mexico City is one of the largest and most interesting cities in the world. It is a vibrant metropolis that offers a wide range of cultural activities, restaurants and shops. It has numerous archaeological sites and museums which reveal the capital’s history, from its pre-Hispanic and colonial times to its contemporary edge. For more information about Mexico City, you can visit the following page: www.mexicocity.gob.mx

Mexico City has an inexpensive subway system called Metro which covers all of the city. Each ticket costs $5 pesos, and you can use it for the entire subway system. You can find the map here.

Metrobus is a system of confined buses that run through main avenues in Mexico City. You can find the Metrobus map here. Each travel with Metrobus costs $6 pesos.

It also has a cheap and practical bus system that covers all the main routes. It consists of “peseros” (also called “microbuses” or “combis”): minibuses operated by private companies. They follow fixed routes, often starting or ending at subway stations.

For enquiries, you can send and e-mail to the following adresses:

If you are a posdoctoral researcher or a visiting researcher, please contact: cadno_spam@nucliades.unam.xm

If you are a prospective student, please contact: iano_spam@nucliades.unam.xm

If you want to visit the institute, have a guided tour or interview one of our researchers, please contact: cano_spam@nucliades.unam.xmcion